I have so many friends who are terrific photographers that you’d think I’d be intimidated. But actually I’ve been inspired lately, and have been taking lots of photos. BlackLion and I decided to do our own photos for our weekly e-newsletter, Dream Journal, and that’s been fun. I’m a joyful amateur. So, taking a cue from a couple of my favorite blogs, On Bradstreet and Frog Creek, here’s a fall photo essay on what we’ve been up to lately.

Dryst and ElvenTiger have been doing fall soccer. Dryst in particular has been so involved with soccer this year…

…that he’s on two teams.

We’ve celebrated a bunch of autumn birthdays, including Star-dog, who is now seven.

I’ve done some scrapbooking, with a helpful assistant.

We participated in the Maine Wholeschoolers’ 4-H display (and ElvenTiger also won first prize for her cookies!).

…and the river nearby.

ElvenTiger has been working on her Halloween costume. She’s going to be a Mord’Sith, from the Legend of the Seeker TV series (which is based on the Sword of Truth series of fantasy books by Terry Goodkind).

We’ve been hanging out with friends a lot, and took a road trip to meet some online friends in person.

Which was a lot of fun, but I was too busy enjoying the party to take pictures, I guess. The same goes for several other gatherings recently. I guess I’m more likely to take nature photos, so here are a few examples.

This was a pink house I saw on a walk, and I just thought it was pretty with the sunlight on it.

Our friends got a new kitten, Alice.

And not to forget…we’ve been lounging around, too. 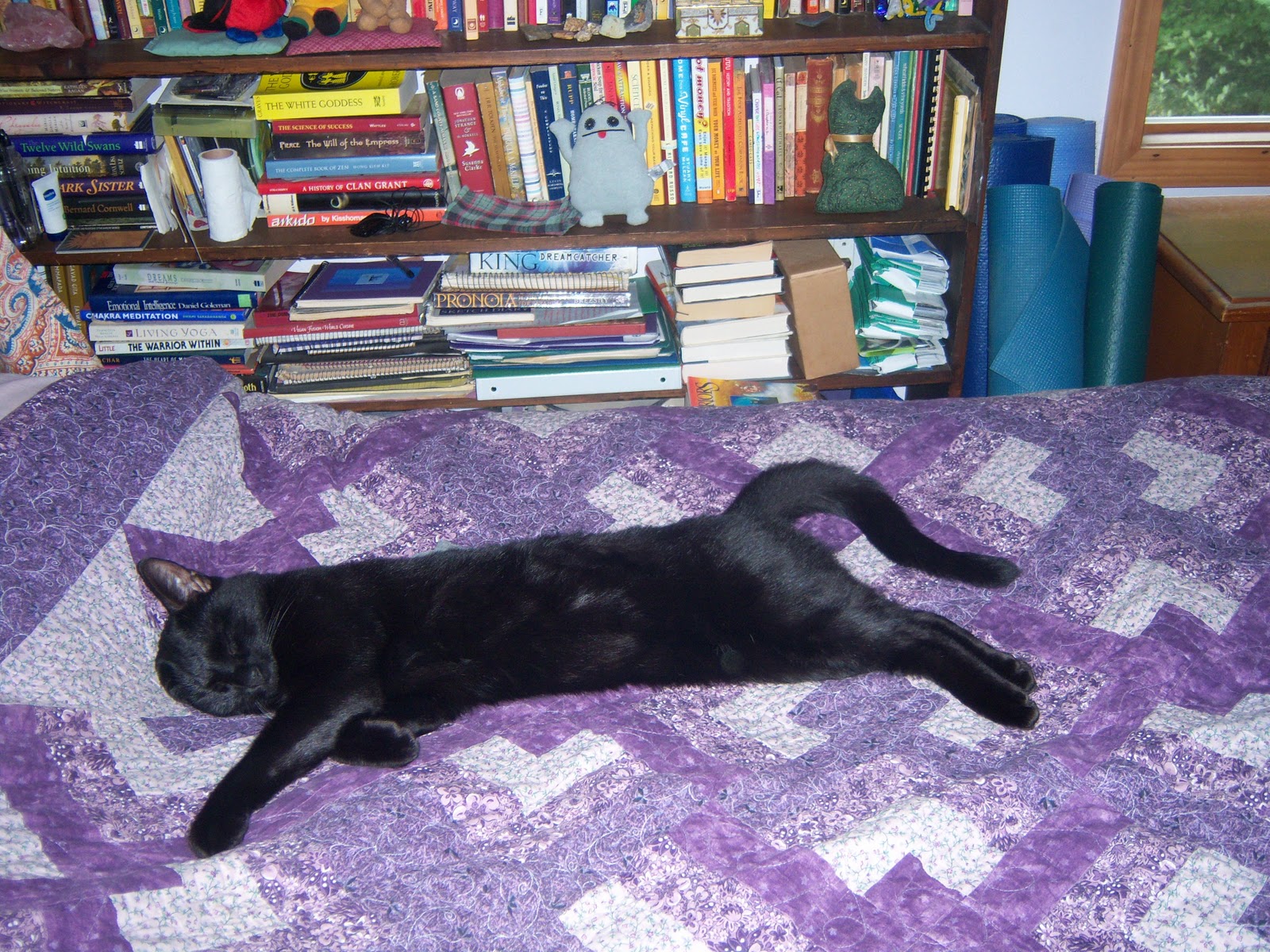 (He’s tired out from reading all those books!)

Well, that’s some of what we’ve been up to. Hope you enjoyed it!

This site uses Akismet to reduce spam. Learn how your comment data is processed.